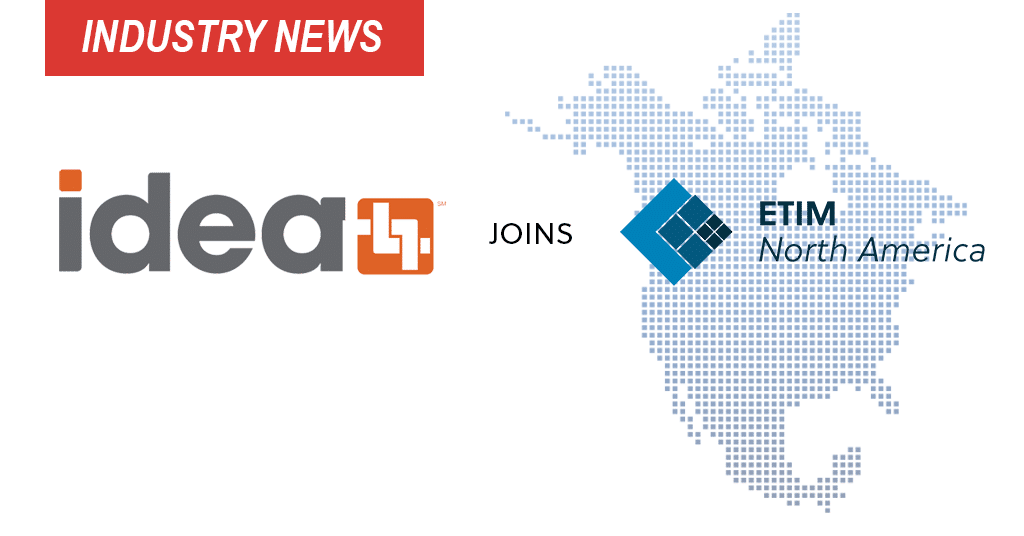 IDEA is committed to creating and maintaining standards for the electrical industry. The organization will join the ETIM NA Board of Directors and will also act as lead for the Electrical sector of ETIM NA.

An international model for the standardization and classification of technical product data, ETIM enables the efficient exchange of product data throughout the entire ecosystem of the industry—from manufacturers, who produce the content, through their distribution channels, to specifiers and end-users of products.

ETIM NA’s initial focus is the electrical industry, with the priority of continuing the development and translation of electrical standards and driving their adoption to all audiences. ETIM is relevant to many construction and industrial trades as a language-independent classification model that improves the quality and communication of product information across all languages and platforms and is especially valuable for web stores and other digital applications, including building design programs like CAD, BIM, and 3D modeling.

“IDEA’s involvement in ETIM North America is important for the industry, as the ETIM model has many benefits to support distributors in their business and eCommerce initiatives,” says David Oldfather, IDEA President and CEO. “With distributors being a central point for a vast majority of electrical material sales, and IDEA the conduit for product data to most distributors, involvement with international classification standards is critical. We look forward to helping the dedicated ETIM North America team by promoting utilization of the ETIM standards and integrating the classification model into the IDEA Connector.”

“We’re thrilled that IDEA is joining ETIM North America,” adds Mary Shaw, Executive Director of ETIM NA. “The goal of ETIM is to simplify and standardize product classification so that products can be translated across language and technical barriers. IDEA provides a key connection to support the ETIM model within the distribution community, so we look forward to their participation on our board and working committees.”

As a dedicated, non-profit association, ETIM NA is a collaborative community. Manufacturer and distributor Direct Members have the ability to vote on product classifications, suggest improvements and access member-specific software tools. More information on ETIM North America, including membership, is available at www.etim-na.org/about-us/members/.