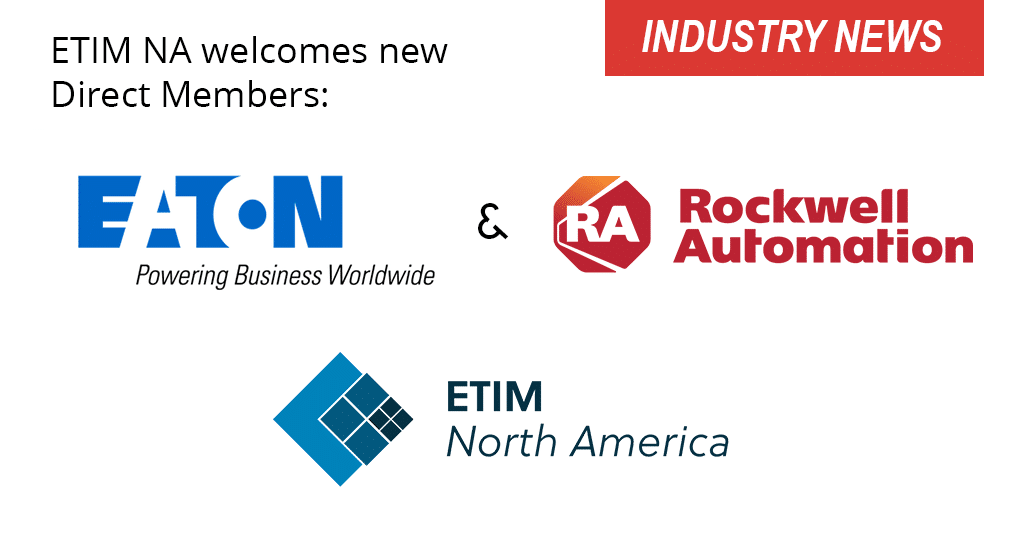 ETIM North America (NA) has announced that two more high-profile manufacturers in the electrical industry, Eaton and Rockwell Automation, have joined the association to influence and promote adoption of the ETIM product classification standards initiative.

As part of their membership in ETIM NA, product experts from Eaton and Rockwell Automation joined their counterparts from other member companies including ABB, Schneider Electric and Siemens last month for the first virtual committee meeting to continue developing product classification standards for Power Distribution and related product categories.

More than a dozen product experts attended the kickoff meeting, where tools were demonstrated and a roadmap set for the working committee’s efforts to resume translation of the model into North American English, French Canadian and Mexican Spanish, and to identify region-specific products, features, values and standards to be added to the model.

While these manufacturers may be fierce competitors in the marketplace, as members of ETIM North America they are able to collaborate around shared aspects of data quality and exchange in an effort to accelerate digitization within the industries they serve, which has wide-ranging benefits.

According to Mary Shaw, Executive Director of ETIM NA, “As world-leading producers of these product types, input from these manufacturers is so valuable in shaping and refining the standards by which the entire industry utilizes product information—from the manufacturing organizations themselves, down through their extensive distribution channels, and to the engineers, architects, installers and end users who interact with and consume these products. There’s an entire ecosystem at work here, and everyone in it benefits from a certain level of standardization of information to help streamline the communication of data from top to bottom.”

ETIM NA’s initial Product Expert (PE) group is focused on Power Distribution and related product categories, but additional PE groups are being formed to cover other product areas. Membership in ETIM NA is open to manufacturers, distributors and others in the electrical industry.